The Poetic Park Plaza is a very small park in Downtown Calgary. When we were awarded the commission, we were faced with the following challenges and requirements:

• City of Calgary Parks had the concept of an Alberta Landscape with many different levels on the terrain to represent the mountains and plains.

• The Sculpture had to visually work as a portal into downtown from Kensington.

• The Plaza was in a location with heavy vehicular transit and trains. The artwork would have to be big enough to be visible to the passing transit.

• The Plaza was intended as a place for peace and contemplation. A small park where Calgarians could sit to have their lunch or enjoy a book.

We decided to make two larger than life insects and create a magical space in downtown Calgary.

Poetic Park Plaza is an urban Oasis in the middle of the city where two insects make their way to the top of an Alberta landscape. Aware only of their ascension, they walk in a straight line- one behind the other toward the summit. Around them the city is in constant movement- trains and cars come and go. They are a constant presence in a habitat that changes with every pulse of the city.

Each insect consists of three sections which assemble like a tripod in order to form the sculpture. Once installed on the site, the physical composition of each insect is determined by the terrain and the objects it encounters on its way. The more varied the terrain- the more alive and harmonious the insect becomes. The inversion of scale in Poetic Park echoes some of the principles of the neighbouring Buddhist Monastery. The ascension of these insects and the way they interact with their environment creates a moment; it speaks about the value of life at every level, in every instant. This notion can be experienced from within the plaza, from a distance and from the neighbouring high- rise buildings.

Please watch the video of the making of this project. 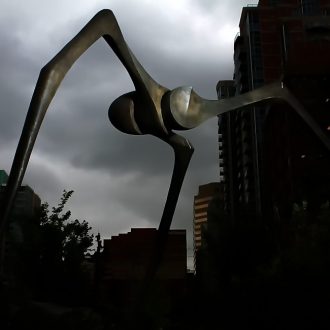 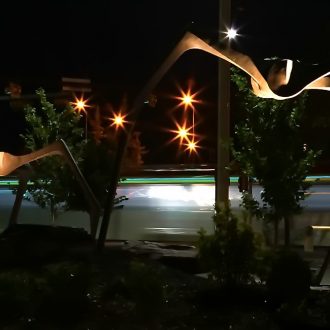 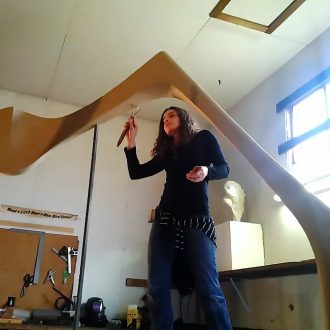 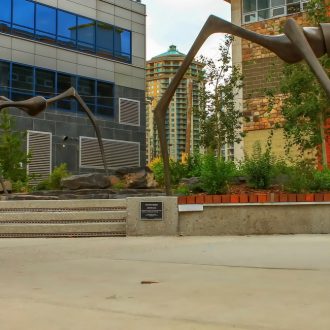 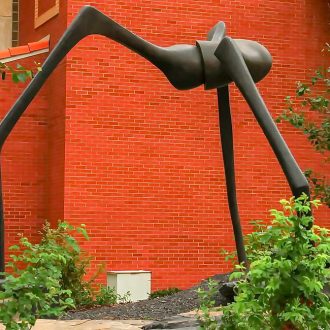 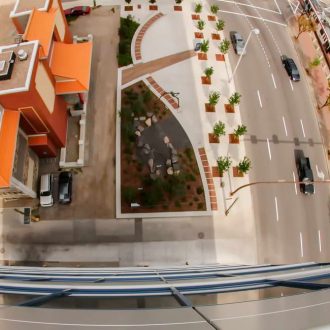 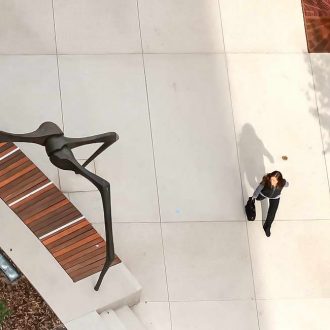 Incipio Modo designed beautiful sculptures for the plaza, but more than that. the sculptures successfully elevate the design of the entire plaza. Incipio Modo helped formulate a comprehensive vision, had the unique ability to build upon this vision through engagement with stakeholders, and then see the vision through to built form by thorough construction coordination. Incipio Modo challenged the traditional notion of sculpture for the plaza, resulting in a powerful design that has helped transform the City's public realm as a whole. Incipio Modo have met all design expectations, and were able to satisfy both schedule and budget.

I can recommend Incipio Modo without reservation.